Alchemy can be said to be the science of transmutation which in spiritual parlance would include both transcendence and transformation. The most popular common understandings of alchemy are couched in terms of metallurgy, turning lead into gold.

These two paragraphs from Wikipedia give a good sense of alchemy:

Alchemy (from Arabic: al-kīmiyā; from Ancient Greek: khumeía) is an ancient branch of natural philosophy, a philosophical and protoscientific tradition practiced throughout Europe, Africa, China and throughout Asia, observable in Chinese text from around 73–49 BCE and Greco-Roman Egypt in the first few centuries CE.

Alchemists attempted to purify, mature, and perfect certain materials. Common aims were chrysopoeia, the transmutation of “base metals” (e.g., lead) into “noble metals” (particularly gold); the creation of an elixir of immortality; the creation of panaceas able to cure any disease; and the development of an alkahest, a universal solvent. The perfection of the human body and soul was thought to permit or result from the alchemical magnum opus and, in the Hellenistic and Western mystery tradition, the achievement of gnosis. In Europe, the creation of a philosopher’s stone was variously connected with all of these projects.

There seems to be common agreement that alchemy developed as a ‘spiritual science’, a science of mystical formulae for the transformation of the soul.

All of the quotes below, except the last one, are from The Alchemy of Freedom: The Philosophers’ Stone and the Secrets of Existence

The Great Work of Spirituality

What is this true nature that is any and all of these things? This becomes the salient question, and it is what I have been referring to as the philosophers’ stone. The alchemists spent millennia trying to find it. They considered it the final result of the magnum opus, the great work of spiritual and material transmutation. Some alchemists thought they could make it, others believed it had to be discovered. Some thought it was white, others red. Some thought it was a stone, others a liquid or gas. And some understood the philosophers’ stone to be a metaphor. I am not teaching anything about alchemy here; I am borrowing the idea because it fits with what I am trying to say about true nature. The key to the secrets of existence, true nature is so mysterious and so invisible that we can only see its faces. We can only experience true nature in the manifold ways it presents itself, and yet it is always one thing.

Our direct and immediate experience is the philosophers’ stone that holds the key to all secrets and all possibilities because true nature is all possibilities and it is what we are. The alchemists sometimes called this magical agent and transformative catalyst “the elixir” or “the water of life” to refer to its vibrancy, aliveness, power, and newness. And when the emphasis is more on unlocking the secrets of existence, they refer to it as the philosophers’ stone.

When we recognize that individual consciousness and true nature are inseparable, we behold the beginning manifestation of the truth of the philosophers’ stone—the dynamism of true nature. This dynamism is usually referred to in alchemical literature as “red sulfur.” Sulfur is yellow, so what is red sulfur? It doesn’t exist in nature, and the term was used by alchemists to designate the combination of two elements that represent two sides of reality. The union of these two elements, their merging, is what creates red sulfur. In chemical terms, these two elements are sulfur and mercury, and their combination causes a chemical reaction that creates red sulfur. According to the literature, sulfur is fiery, combustive, active, and masculine; and mercury is flowing, receptive, changeable, and feminine. Red sulfur is the marriage of masculine and feminine, active and receptive, which creates an unusual dynamism.

The fiery combustion of red sulfur is a good image for this dynamic aliveness of self-creating true nature. Different traditions understand this combustion in different ways. Some take it to be the unification of masculine and feminine qualities within us. The alchemists talk about it in terms of anima and animus as well. Other thinkers stress the importance of polar beings, of man and woman coming together to spark true activation. Some even go so far as to say that it is not simply man and woman coming together, but one particular man and one particular woman who fit each other in a unique way. This means that there is an already existing polarity that needs to find itself, to find its counterpart, and that the meeting of the two will trigger the combustion. All of these are different ways of understanding how activation can happen. I am using the alchemical image of red sulfur to refer to the intrinsic dynamism of true nature, which creates itself in the act of its awakening. The self-creating dynamism, the self-creating unfoldment of true nature appears as the various forms of spiritual experience, awakening, and realization.

True nature doesn’t have only one way of presenting itself. You can experience it as a crystal or a stone, which is how the alchemists talked about it. And you can experience this stone as either outside of you or inside of you. When outside of you as the ground that contains you, the stone seems to be the magical divine hermaphrodite—creating all possibilities—that carries the secrets of all existence. Inside you, the stone feels like you awakened to yourself.

Ichazo views the work on the Enneagram of Holy Ideas as necessary for freedom from the fixations. He calls the Holy Ideas the “psycho-catalyzers” needed for the work of “psycho-alchemy.” He believes that the ego develops because of the loss of contact with Being: “When we turn away from our primal perfection, our completeness, our unity with the world and God, we create the illusion that we need something exterior to ourselves for our completion. This dependency on what is exterior is what makes man’s ego.” (Bleibtreu, 1982, pp. 9–10) – Facets of Unity, ch. 2

In the 1980s, some revisionist scholars began arguing that alchemists actually made significant contributions to the development of science. Smithsonian Magazine 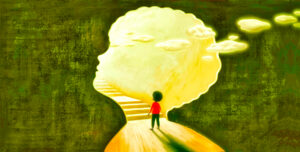 Ego Ideal vs. True Self

Seeking the Real/True Self as an Ideal Human beings have a strong desire/drive to be real; true; authentic. Think not? Here are the Google search results for: A lot of searching reflecting the interest and search for realness and authenticity. Our longing to be real 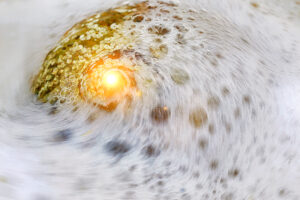 Living the Fruit of the Work

Shifting from the work of “the Work” to the Fruit of the Work. I remember being at our summer retreat about twenty years ago. A person mentioned to Hameed during Q&C that they appreciated how their relationship with their significant other was a great venue 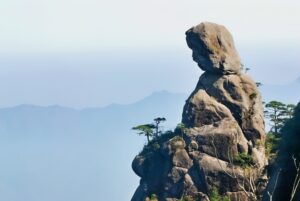 To Be or Not to Be or Simply Let It Be Can one choose to be or not to be and what does the research say about let it be? A recent article in INC Magazine: Feeling Anxious? Say These 3 Words to Calm Down,

Why do we incarnate?

Perspectives on why we incarnate (reincarnation?). Why do we have physical, human lives? What’s the purpose of human existence? These are questions many ask. Many say our physical life is a school. Many times this seems to be associated with morality, learning the difference between 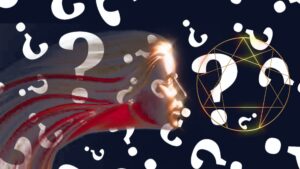 Why Take an Enneagram Personality Test? 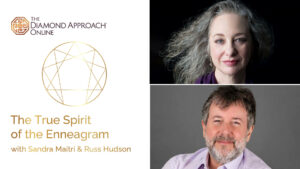 The True Spirit of the Enneagram

https://vimeo.com/745553594/162845a8e8 In this talk, Enneagram thought-leaders, Russ Hudson and Sandra Maitri, explore a radical, new view of the Enneagram – that by understanding the deeper spiritual qualities each Enneatype is attempting to express, we can unlock the gift in each type, transform fixations, and access