Below are the outline-notes from A. H. Almaas’ lecture on Nisargadatta. Download the lecture handout.

Please leave questions and comments below.

A. H. Almaas discusses some critical aspects of Nisargadatta Maharaj’s teachings that he feels often fail to get the attention needed to fully understand the teaching.

Nisargadatta Maharaj is a nondual teacher. Many connect him to Advaita Vedanta. Guru of the lineage known as Navnath Sampradaya, lineage of the 9 saints. Had a guru for few years, who gave him teachings and practices. He almost went to the Himalayas to be a renunciate but was convinced by a friend to live a normal city life.

Don’t say you are an individual, just stay in the beingness. The whole problem is the sense of being a separate entity -once that subsides that is true bliss. [nondual realization] [P. 20] Prior to Consciousness

But when you know yourself as beyond space and time – in contact with them only at the point of here and now, otherwise all pervading and all containing, unapproachable, unassailable, invulnerable – you will be afraid no longer. Know yourself as you are – against fear there is no other remedy. [P 485] I Am That [good example of nondual realization]

2. Mostly missed point: the importance of the point of light, related to method or process as the “I Am.” Since his method is to abide in the I am which leads to the realization of the Absolute

You must come to a firm decision you must forget the thought that you are a body and be only the knowledge “I Am,” which has no form, no name. Just be. When you stabilize in that beingness it will give all the knowledge and all the secrets to you, and when the secrets are given to you, you transcend the beingness, and you, the Absolute, will know that you are also not the consciousness. Having gained all this knowledge, having understood what is what, a kind of quietude prevails, a tranquility. Beingness is transcended, but beingness is available. [p. 8] Prior to Consciousness

I simply followed his instruction, which was to focus the mind on pure being, “I Am,” and stay in it. I used to sit for hours together, with nothing but the “I am” in my mind and soon the peace and joy and deep all-embracing love became my normal state. In it all disappeared—myself, my guru, the life I lived, the world around me. Only peace remained, and unfathomable silence. [P. 239] I Am That

There is no ‘how’ here. Just keep in mind the feeling ‘I Am,’ merge in it, till your mind and feeling become one. By repeated attempts you will stumble on the right balance of attention and affection and your mind will be firmly established in the thought-feeling ‘I Am’. Whatever you think, say, or do, this sense of immutable and affectionate being remains as the ever present background of the mind. [P. 48] I Am That

Look within and you will find that the point of light is the reflection of the immensity of light in the body, as the sense ‘I Am’. There is only light, all else appears. [392] I Am That

If you want to expand, the entire world is the manifestation. At the same time it is very tiny – the seed beingness – like an atom, a pinprick of “I Am.”…… that pinprick or touch of “I Amness” is the quintessence of all essence. [p. 27] Prior to Consciousness

The witness is merely a point in awareness. It has no name and form. It is like the reflection of the sun in a drop of dew. The drop of dew has name and form, but the little point of light is caused by the sun. The clearness and smoothness of the drop is a necessary condition but not sufficient by itself. Similarly clarity and silence of the mind are necessary for the reflection of realty to appear in the mind, but by themselves they are not sufficient. There must be reality beyond it. Because reality is timelessly present, the stress is on the necessary conditions. [P. 399] I Am That

3. Another missed point: It is not the usual teaching of nonduality: awareness of the absolute is a solid mass, a rock-like immensity. Rarely mentioned by nondual teachers.

There are the two – the person and the witness, the observer. When you see them as one, and go beyond, you are in the supreme state It is not perceivable, because it is what makes perception possible. It is beyond being and not being. It is neither the mirror nor the image in the mirror. It is what is –the timeless reality, unbelievably hard and solid. [ P 36] I Am That

By itself the light can only be compared to a solid, dense, rocklike homogeneous and changeless mass of pure awareness, free from the mental patterns of name and shape. [P. 34] I Am That

The state is entirely one and indivisible, a single solid block of reality. The only way of knowing it is to be it. ……….It is what is – the timeless reality, unbelievably hard and solid. [P. 36] I Am That

There is something changeless, motionless, immovable, rocklike, unassailable; a solid mass of pure being-consciousness-bliss. I am never out of it. Nothing can take me out of it, no torture, no calamity. [P. 191] I Am That

5. Another missed point:  Absolute sometimes as beyond knowing and perception.

As I talk to you, I am in the state of detached but affectionate awareness (turiya). When this awareness turns upon itself, you may call it the Supreme state (turiyatita). But the fundamental reality is beyond awareness, beyond the three states of becoming, being and not-being. [P. 295] I Am That

Once you have understood that you are nothing perceivable or conceivable, that whatever appears is in the field of consciousness cannot be your self, you will apply yourself to the eradication of. All self-identification, as the only way that can take you to a deeper realization of your self. [ P. 518] I Am That

6. Effectiveness of his teaching in students attaining to his realization, and possible reasons for it. Maybe some had attained a similar realization after the I am That book appeared, but have not heard or known anybody with the same stature or depth.

God is the totality of consciousness, but awareness is beyond all – being as well as no-being. [ P. 263] I Am That

The state of a jnana, the highest state, has transcended the beingness, but the beingness is still there, so together with the beingness is the Absolute – the deep blue, benign state, without eyes. Knowledge takes rest in that deep blue, quiet, peaceful, benign shade. When that shade is shifted aside, then he sees the various manifestations in the form of universes and worlds. But when the shade is there, it is the deep, dark blue state, fully relaxed. [P. 11] Prior to Consciousness

There are two witnessing stages; beingness witnesses all this manifestation. Witnessing of this beingness, consciousness, happens to that eternal principle, Absolute. [P. 4] Prior to Consciousnessa 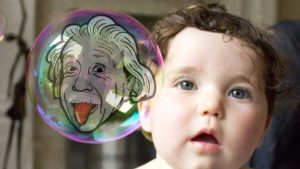 Curiosity: God’s Way of Having Fun

Without curiosity, there is no life! What is curiosity? ALL KNOWLEDGE IS CONNECTED TO ALL OTHER KNOWLEDGE. THE FUN IS IN MAKING THE CONNECTIONS. – Arthur Aufderheide There are three truths in the above quote: Reality is knowledge. It is Unity. Therefore, all knowledge is 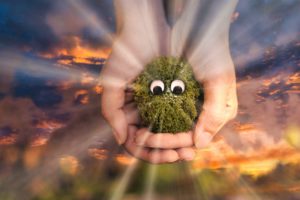 Jack entered the crowded room as he entered every room, quietly. It didn’t matter, conversations stopped, heads turned, as his presence filled the room. How many novels have you read with lines like that? Or, his presence radiated aliveness and vitality, or her presence was 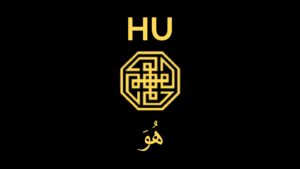 HU – the Essence of Essence, Secret Name of God, Ground of Existence ‘He’. Hu stands for the Essence Itself. It stands for ‘He Who is Absent’. Dhikr of ‘Hu’ is one of the most powerful words of Remembrance. When the lover is annihilated in 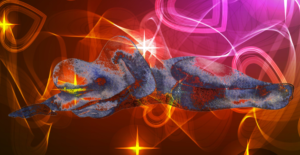 YOUR Body of Love

How does your body feel about you? Most of us, at times, have issues or judgments about our bodies. We spend much of our lives in our heads looking down at or into our bodies as an object and make decisions about it all the 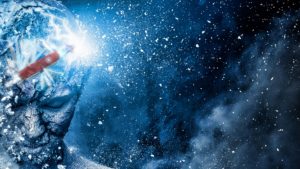 Understanding and working with self can’t get out of self I imagine you believe you are reading this. Perhaps, but the odds are that reading is happening, but the “you” is questionable. The “you” in question most likely feels very familiar, like it’s always been 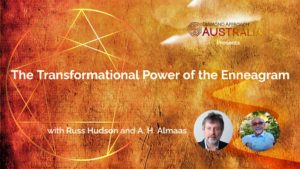 The Transformational Power of the Enneagram

Renowned enneagram expert and author, Russ Hudson spoke with spiritual teacher and founder of the Diamond Approach to Realization A. H. Almaas to explore the Transformational Power of the Enneagram. To work effectively with the enneagram it’s important to understand the difference between spiritual transcendence